I don’t know why I’ve struggled to get the South African stories down from our trip at Christmas. Lots of competition, I guess…. But here’s a little photo tale of our visit to the penguin colony near Simon’s Town, about an hour or so south of Cape Town. Its become a significant tourist attraction about half way down the drive to Cape Point, but its very well done with the penguins’ well-being in mind, and its doing its part to monitor the African Penguin population.

African Penguins have recently been reclassified from “vulnerable” to “endangered” and the numbers have continued to steadily decrease despite the establishment of the Boulders Penguin Colony in 1983. This is due in part to the usual depressing list of environmental challenges that all marine life faces today, but at least the colony is providing an income towards their conservation, as well as an opportunity for environmentalists to monitor their progress.  It was my first time seeing penguins in the wild: 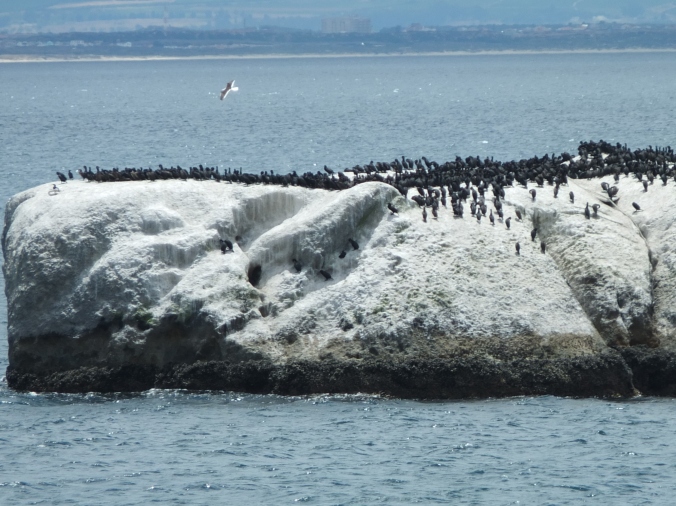 That’s not snow or ice. I’m pretty sure its penguin poop! 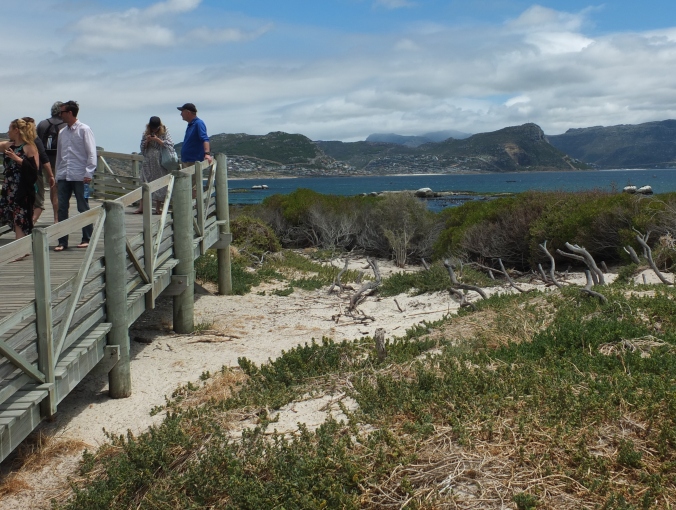 The walkway allows visitors to get up close and personal with the penguins without any physical contact. They seemed pretty used to humans and just ignored us!

Yes…I still felt like I was watching a cocktail party…

…a cocktail party where some guests were much better dressed than others!

I think this poor little guy was about to be shown the door.

They are noisy critters too. Someone should explain to me why they do that while they’re nesting 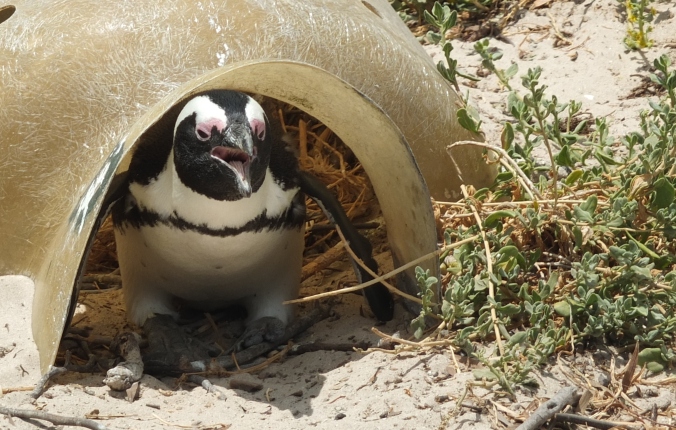 There were little fibre glass shelters dotted around on the scrub land near the beach. This guy looks like he doesn’t want visitors!