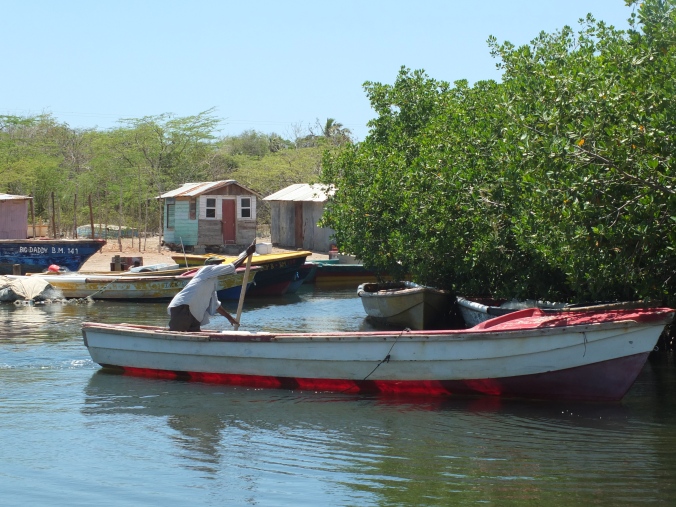 Fishing in the Mangroves near Portland Bight

Mangrove swamps are probably not the first thing that comes to mind when people think about the Jamaican coastline, which is famous for its long stretches of idyllic sandy beaches and swaying palm trees. But, they are very much part of the Caribbean.  In Jamaica, mangroves swamps or forests are present all over the island, with the highest concentration on the South coast, probably because it is the least developed.

Swirling with bugs, the murky waters of mangroves aren’t always the most attractive places for tourists to visit, but they are extremely important to local ecosystems in so many ways.  Mangroves protect the coastline from erosion, provide habitats and nurseries for wildlife, and food sources for birds and fish.  If sustainably managed, there’s plenty to go around, and they provide a livelihood for fishermen too.  I personally love visiting them just to see the wildlife.  (Though the thought of crocodiles lurking somewhere does freak me out a bit.) 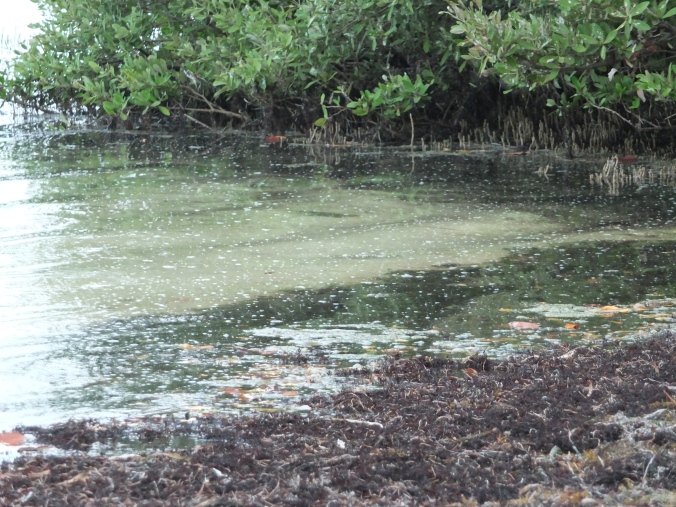 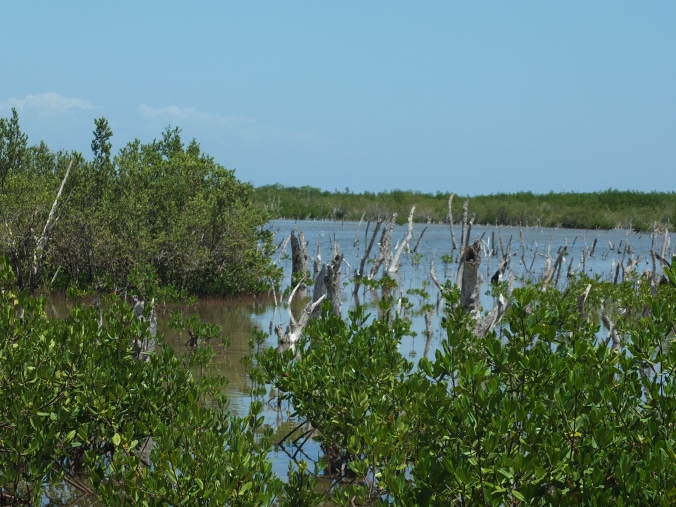 Yet, as in many other places, Jamaican mangroves are under peril from a plethora of threats.  Most commonly, they are cleared for construction projects including housing and hotels;  I have personally seen dredgers in action, pulling up the mangrove roots in preparation for the expansion of a new upscale resort near Montego Bay.   In poor areas the trees are harvested as a source of charcoal production.   Near Kingston particularly, pollutants from factories and farming create a toxic environment that kills the resident wildlife and oil pollution kills the mangrove’s roots.   As mangroves deteriorate, remaining coastlines become more vulnerable to other threats such as hurricanes.  The knock-on impact of all of this is devastating to the mangrove’s delicate ecostructure and, unfortunately, their fate reminds me in so many ways of coral reefs. 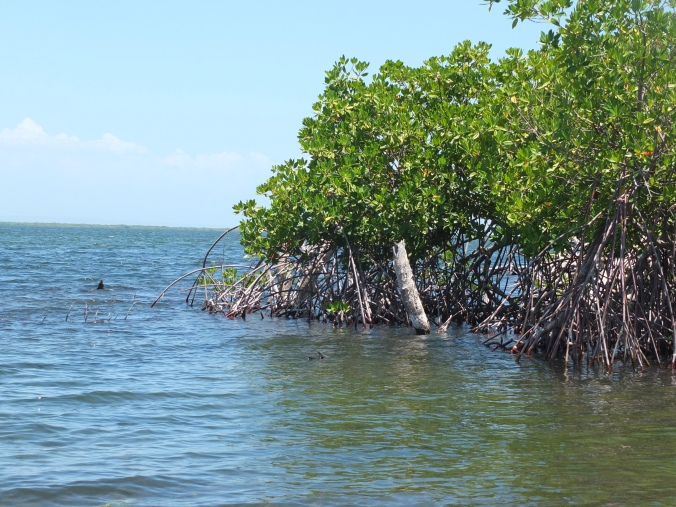 The distinctive roots of mangrove trees rise above the waterline.  Mangrove roots need oxygen so they grow vertically to ensure they get their fill.

Some of my favourite days here have been watching the birds and fish surprise me, and trying to capture them with my camera.  Here are a few favourites: 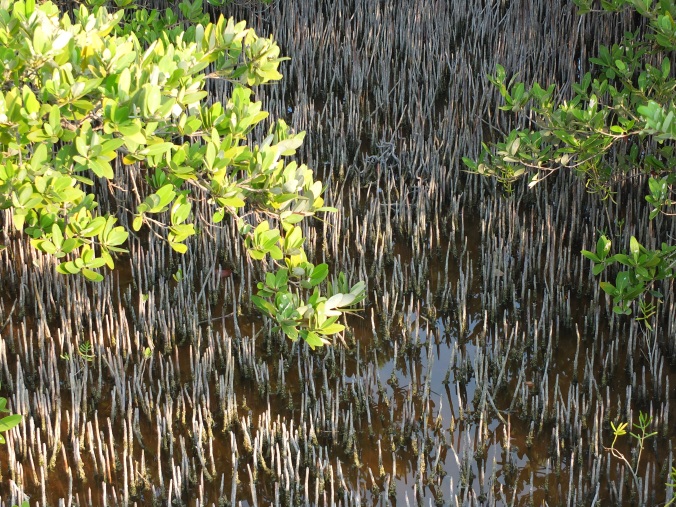 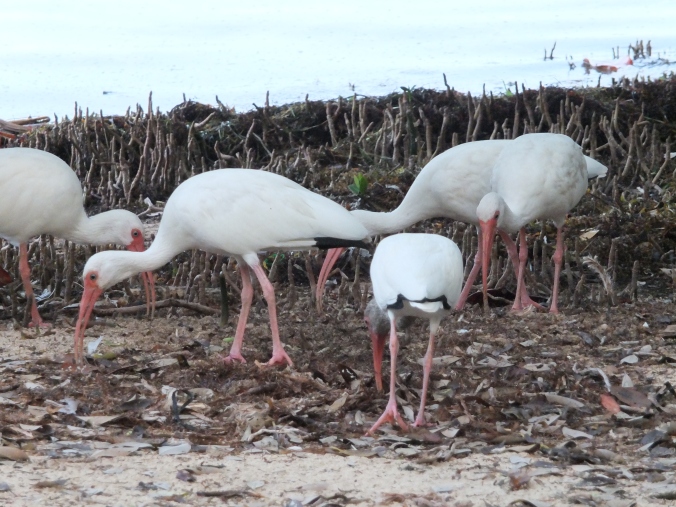 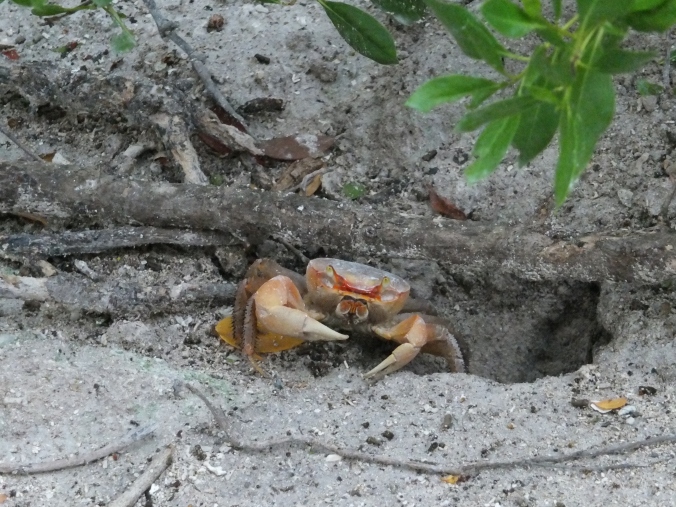 5 thoughts on “M is for Mangroves” 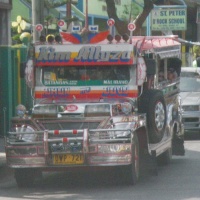 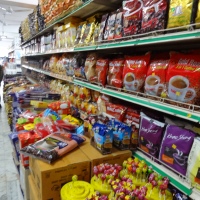 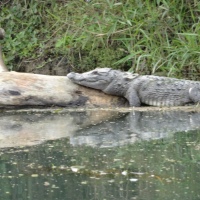 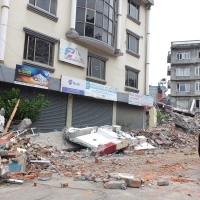