Bandhs are general strikes. They have plagued this country in recent years: closing businesses, banning public transportation, and generally inconveniencing everyone for days at a time.  After a relatively bandh-free year, they are back and the Maoists who instigate them called for a three-day ban, starting today.  They seem to be having a harder and harder time making them stick…but still managed to take the chaos of Kathmandu down to a very strange kind of crawl today. Motorized vehicles vanished, schools closed, people walked to work or didn’t go at all.  The only vehicles allowed were essential deliveries, emergency services, tourist buses and diplomatic vehicles.  Those who disobeyed faced the possibility of confrontation or violence, so police were at every street corner.  Yet, despite the threat,  pedestrians filled the streets and the roads were quiet and more than a bit spooky.

So, in complete contrast to my earlier video of Kathmandu traffic, here’s a look at what happened today: 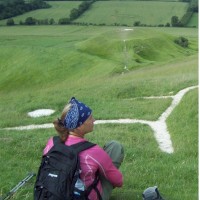