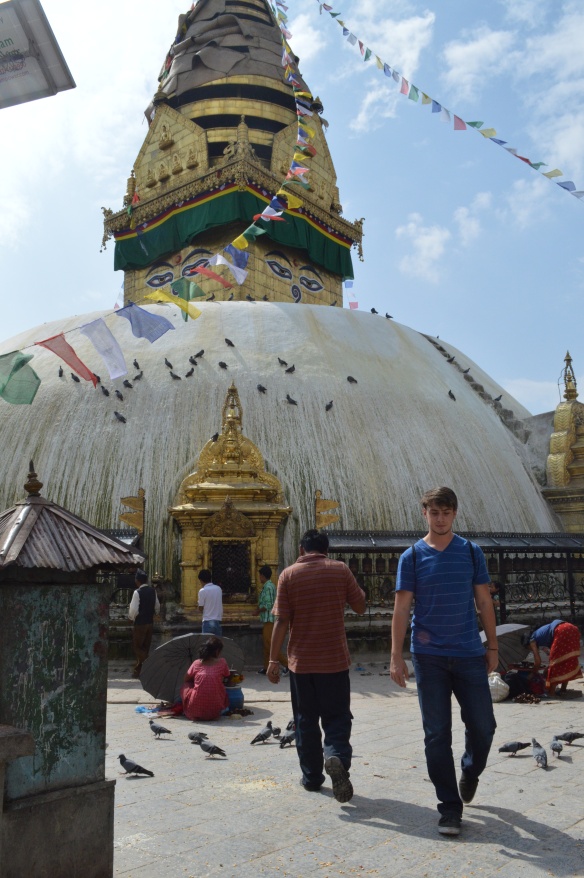 Buddha’s eyes looking down from the temple dome

We’ve not had much chance to be tourists in the ten days we’ve spent in Kathmandu so far.  Life has been full of work paperwork and procedures, hiring and settling staff, settling ourselves, unpacking stuff, figuring out the grocery store and what and where to buy 10,000 other different bits and pieces that we need.  Before Latham leaves for uni on Monday, I wanted to get a couple of tourist days in so his impression of Kathmandu wasn’t just grocery shelves, an empty house and crazy traffic.

So yesterday we headed off to Swayambhuneth Temple, a UNESCO world heritage site also known as Monkey temple. The temple is located on the top of a hill and its a steep 365 step climb up.

Fortunately there were level stone steps and a hand rail which made the climb much more doable. Seeing your goal in the distance helped too!

The climb is also broken up my all sorts of interesting things to look at on the way up…lots of excuses to stop and look at the details. The climb starts with troops of monkeys running around at the stairway entrance.  They are very tame, very entertaining, and I imagine pretty obnoxious too, although they gave us no problems. More on those later….  Then there’s plenty of vendors, statues, shrines along the way. Half way up there is a sort of Buddha garden with well kept statues to keep you company as you catch your breathe.

Reaching the top you are rewarded with a close up view of the temple which sits in the center of a large multi-level courtyard that’s like a small village. 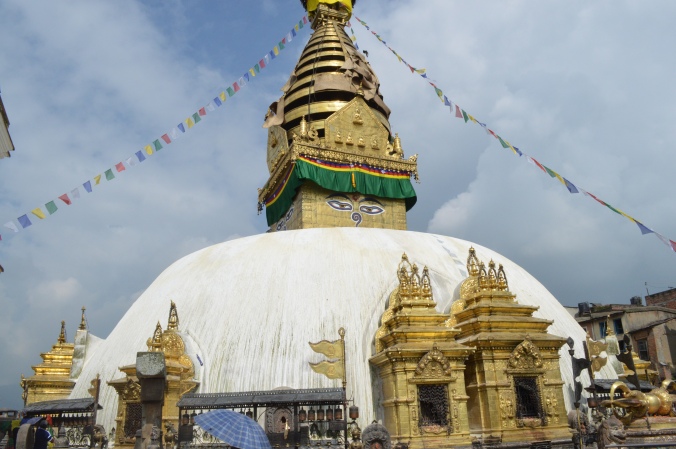 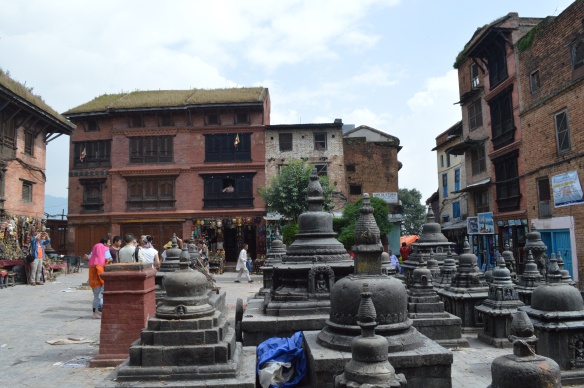 There are viewing platforms all around where you can take in amazing views of Kathmandu. The temple itself is surrounded by rows of prayer wheels, flower sellers, strings of butter candles and incense burners, souvenir sellers, more statues of Buddha and, of course, more monkeys. The devout were chanting and circling the temple with drums, cymbals, and horns. Pigeons fly everywhere, stray dogs are sleeping in the most unlikely places, and monkeys pop up on the rooftops above you. There’s a lot to take in!

The views were a bit too hazy that day, but they were 360 degrees out across and around the city. I particularly loved these prayer flags strung out through the trees. 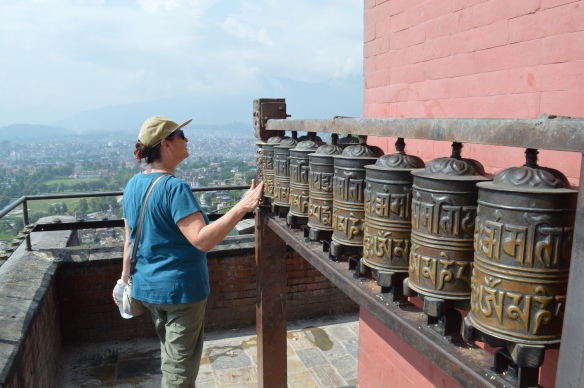 Getting a close up view of the prayer wheels. Notice how they are polished by many hands, but no one touches them at the top. 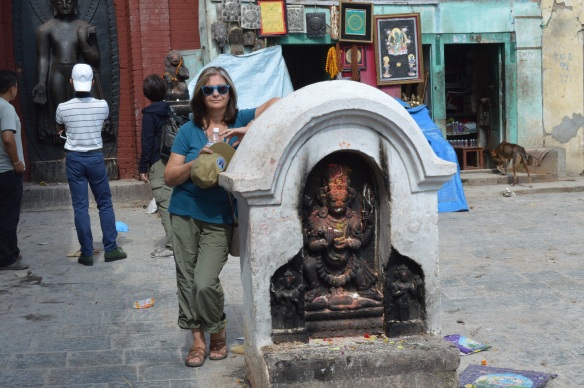 Water break at one of the many, many shrines

I loved all the activity. There was lots going on but it didn’t feel crowded and the vendors weren’t too obnoxious either.

We spent a good hour up there….I could easily have spent two. We were too early to go up to the rooftop cafe and get a birds eye view of the square, so instead we took pictures of monkeys. Here are a few of the best. Loved the visit and want to go back many times! 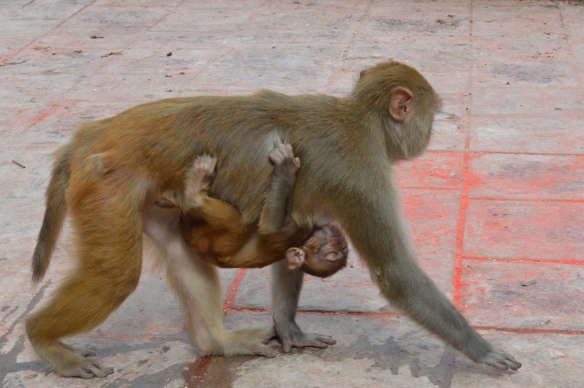 The baby was fast asleep and still clinging on. Adorable!